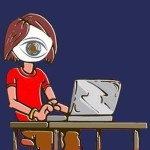 This looks awesome! The storyline is that Ralph (voice of John C. Reilly, “Talladega Nights: The Ballad of Ricky Bobby,” “Step Brothers”) is tired of being overshadowed by Fix-It Felix (voice of Jack McBrayer, “30 Rock”), the “good guy” star of their game who always gets to save the day. But after decades doing the same thing and seeing all the glory go to Felix, Ralph decides he’s tired of playing the role of a bad guy.  He takes matters into his own massive hands and sets off on a game-hopping journey across the arcade. Marvel Studios announced last week that they arranged with NASA to transfer their record-breaking blockbuster film “Marvel’s The Avengers” to NASA’s Mission Control in Houston, which will uplink the film to the International Space Station (ISS), currently orbiting 220 miles above Earth. The film will then be screened for the space station crew’s exclusive enjoyment.

This screening continues Marvel’s collaboration with NASA, which began during principal photography of “Marvel’s The Avengers” when the film shot at the Space Power Facility at NASA’s Plum Brook Station in Sandusky, Ohio.

Louis D’Esposito, Marvel Studios’ Co-President and Executive Producer of  “Marvel’s The Avengers,” says, “The studio is privileged to share ‘Marvel’s The Avengers’ with those up in space exploring the universe.  A special thanks goes to NASA for utilizing their incredible technology to make this special screening miles above us in space happen.  It is a screening that would make Tony Stark envious.”

Films, books, and music offer important aspects of psychological support for astronauts on long-duration missions, such as those on the International Space Station (ISS). “These are the types of things that help to keep the crew connected to home, which is a huge morale boost while being away for long periods of time,“ said Dan Cook, Psychological Support Coordinator with Wyle, a contractor at NASA’s Johnson Space Center. Aside from watching movies and television shows, ISS crewmembers have a number of options for their leisure and personal time, such as reading books or magazines, listening to music, and playing musical instruments.

Deadline.com is reporting that “Snow White and The Huntsman” took an estimated $56.1 million this weekend at the box office, making it number one. In second place, with an estimated $28 million, is Men In Black 3. While in third place was “The Avengers” with an estimated $19.8 million. This weekend marks the superhero movie as the third highest grossing film. It has domestically passed “The Dark Knight“, and the third highest grossing film globally passing “Harry Potter And The Deathly Hallows Part 2”.

For more information, check out www.deadline.com On June 1, The Hollywood Museum will celebrate Marilyn Monroe’s birthday with Marilyn Monroe: The Exhibit – “An Intimate Look At The Legend.”

This is the nation’s largest exhibit of authentic memorabilia celebrating the fabled actress’ life, which will open from June 1 to September 2, 2012. This year also marks the 50th-anniversary milestone of Monroe’s passing.

Marilyn Monroe: The Exhibit displays the million-dollar dress Monroe wore on her honeymoon with Joe DiMaggio, which was made famous when she entertained the troops during USO shows in Korea. Items from the Scott Fortner Marilyn Monroe Collection and the Greg Schreiner Marilyn Monroe Collection will be featured in this exclusive exhibit, including film costumes from The Prince and The Showgirl and There’s No Business Like Show Business, clothing and furs from Marilyn’s personal wardrobe, including the brilliant green Pucci blouse Marilyn was wearing in the last ever photos taken of her just a week before she died, along with Marilyn’s personal cosmetics, private documents, and annotated film scripts.

On exhibit for the first time ever: Marilyn Monroe’s bedroom dresser, which was next to her bed the night she died. This exhibit also includes original works of art by famed celebrity artists Robert A. Delgado and LUDVIC, original photographs, including the legendary red velvet nude photographs shot by Tom Kelly, and a vast photograph collection of her childhood, family, and early modeling career when she was still Norma Jeane Baker; and much more.

Highlighting the exhibit are never-before-seen photos by world-renowned photographer George Barris, who shot the last pictures of Monroe while collaborating on a book at the time of her death 50 years ago.

For more information about the museum check out www.thehollywoodmuseum.com

Walt Disney Studios must be still enjoying their weekend success as “The Avengers” won $207.4 million in its domestic debut May 4-6, shattering previous records and positioning the film as the highest-grossing domestic debut of all time. Take that Harry Potter!

In just three days, Marvel’s the Avengers is the fastest movie to reach $200 million mark domestically. The domestic debut kicked off Friday, May 4 and marks the second highest single day take of all time at $80.5 million. Saturday’s box office gross of $69.7 million is the highest Saturday take of all time. Moviegoers gave Marvel’s The Avengers a rare and perfect A+ CinemaScore.


The film’s success comes a month after Marvel and Disney announced that a sequel to 2011’s “Captain America: The First Avenger” will be released April 4, 2014. A sequel to last summer’s Thor is scheduled for release November 15, 2013, and the third installment of the hit “Iron Man” series, which has earned over $1.2 billion worldwide, will arrive in theaters May 3, 2013.

Unless you have been living under a rock then you know that “The Avengers” movie is out this weekend and already it has made a whopping $18.7 million at the Midnight showings last night, which makes it the best superhero Midnight debut in history. Yes it even beat out “The Dark Knight”. Industry expectations say the movie could make at least over $100 million this first weekend. Either way if you haven’t seen it yet, enjoy this clip! It was announced yesterday that the Academy Awards will be staying at the Hollywood & Highland complex and will now be known as “Dolby Theater”. There was some speculation this year on what the award show was going to do for future events as the contract the CIM Group, who owns the theater, was up for negotiations with the previous company.

Dolby will start its enhancement of the 180,000-square-foot, 3,400-seat theater first by installing Dolby Atmos, a breakthrough audio technology that delivers the most natural, life-like sensory experience.

The company will continue to update the Dolby Theater with the newest technologies, making it a coveted host for the world’s top premieres and launch events. After seeing a press screening of “The Avengers” I get another treat as the final movie trailer for “The Dark Knight Rises” comes out online. I think what I am going to do is not read anything about it and just walk in with high expectations. The movie hits theaters July 20 and don’t forget to check out the movie’s website  www.thedarkknightrises.com.

None of the new movies this weekend could take the top spot as “Think Like a Man” held its position for a second weekend in a row at the number one spot with $18 million. In second place was the family friendly movie “The Pirates! Band Of Misfits” with $11.4 million.

In third place was “The Lucky One” with $11.3 million. Still holding on strong was “The Hunger Games” in fourth place with $11.2 million. Don’t expect it to leave the top ten as this movie is still gaining theater goers in its sixth week. Finally in fifth place was “The Five-Year Engagement” which by industry standards was considered a flop, with $11.1 million.